The 2018 Mugello Grand Prix has concluded and what a race it was to witness with Jorge Lorenzo winning his first ever race on board the Ducati machine. It was a ride that showcased excellence and perfection with consistent lap times and hitting the apex with precision. Lorenzo was smooth like butter and demonstrated how a small change within the team can make a big difference. It was a dream victory for Ducati with their riders taking first and second on home soil in Italy. The key factor that allowed him to achieve greatness and write history was the installation of a new fuel tank on his bike to allow his body to carry the weight of the bike more effectively. In the previous few races, Lorenzo was a victim of fatigue and losing energy at the mid-way stage of a race. Yesterday in Mugello, he was untouchable and even finished with a six second lead over his teammate Andrea Dovizioso. The smiles and celebrations around the paddock put tears in to our eyes as everyone was genuinely happy to see Lorenzo on the top step. As he rode through the paddock to the podium, fellow MotoGP, Moto2 and Moto3 staff were there to wave, cheer and shake his hand. It was really nice to see this display of sportsmanship on the side lines. 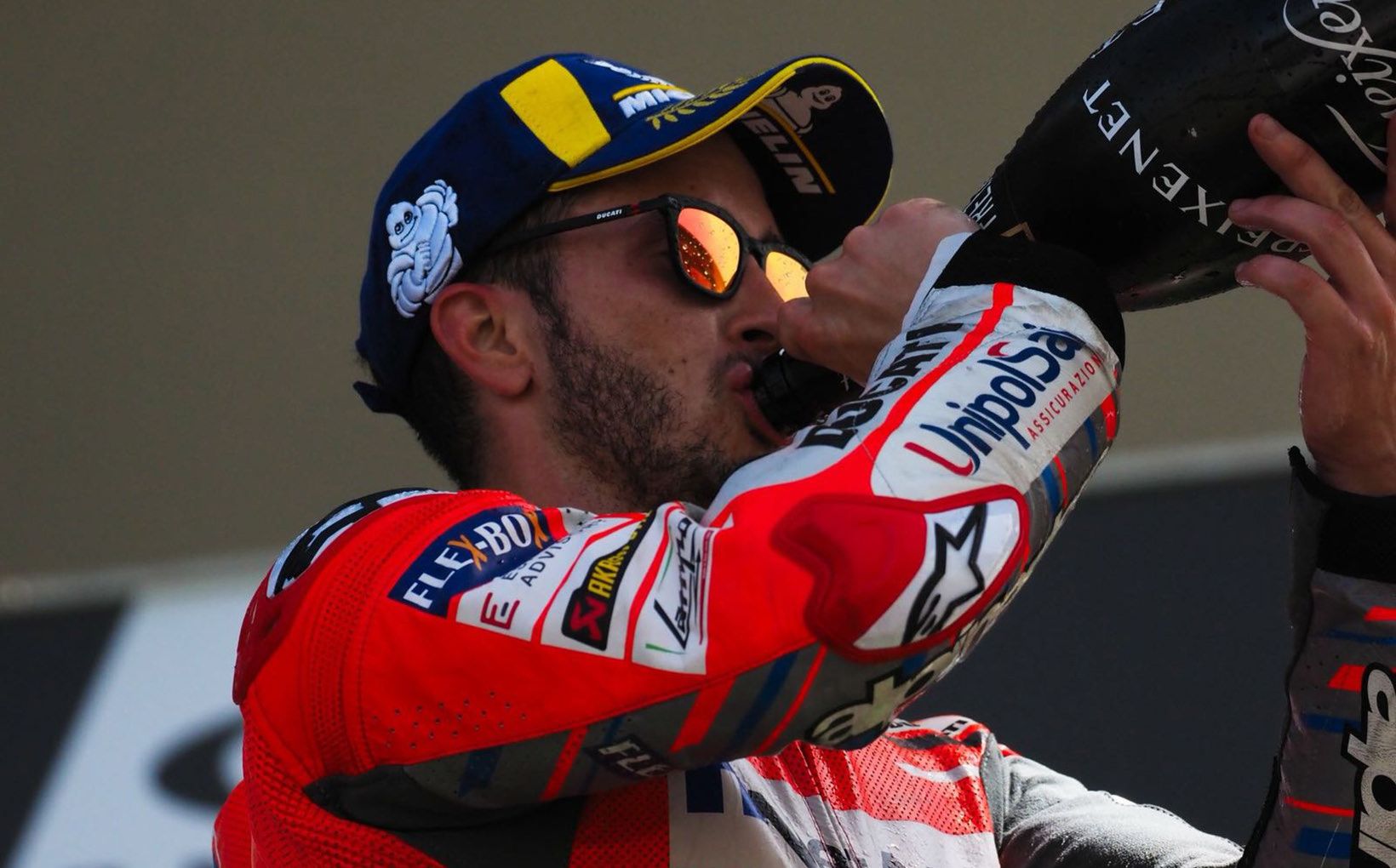 Over the past year, the Spanish rider has been subject to criticism and also harsh feedback whilst at Ducati. Watching Lorenzo ride with absolute focus and hunger is inspiring because when someone is the underdog and they succeed, it breeds a new type of enthusiasm amongst others. As Marquez puts it “Lorenzo shut a lot of people up today”. We agree and these types of victories are excellent for the sport of MotoGP as it continues to grow on a worldwide basis. Lorenzo: “I am very happy! Yesterday I said that winning at Mugello with Ducati was a dream for me and today this dream came true. It’s one of the most special wins of my entire career, probably on the same level as my first win in 125 in 2003 and in MotoGP in 2008. I’m really thrilled about it and pleased for the team, because it was fantastic to score this victory on Ducati’s home track after a very challenging weekend. This morning I realized that we could do it and, even though I was worried about the performance of the tyres, I decided to push right from the start, in my usual style, and everything went perfectly. I couldn’t ask for anything more and we will have to celebrate this win in a big way. I haven’t managed to win a race for a long time and I did it my way. I’ve been through some difficult moments but I’ve always believed I could do it, I could see that every time we were closer and closer and in the end we did it!” 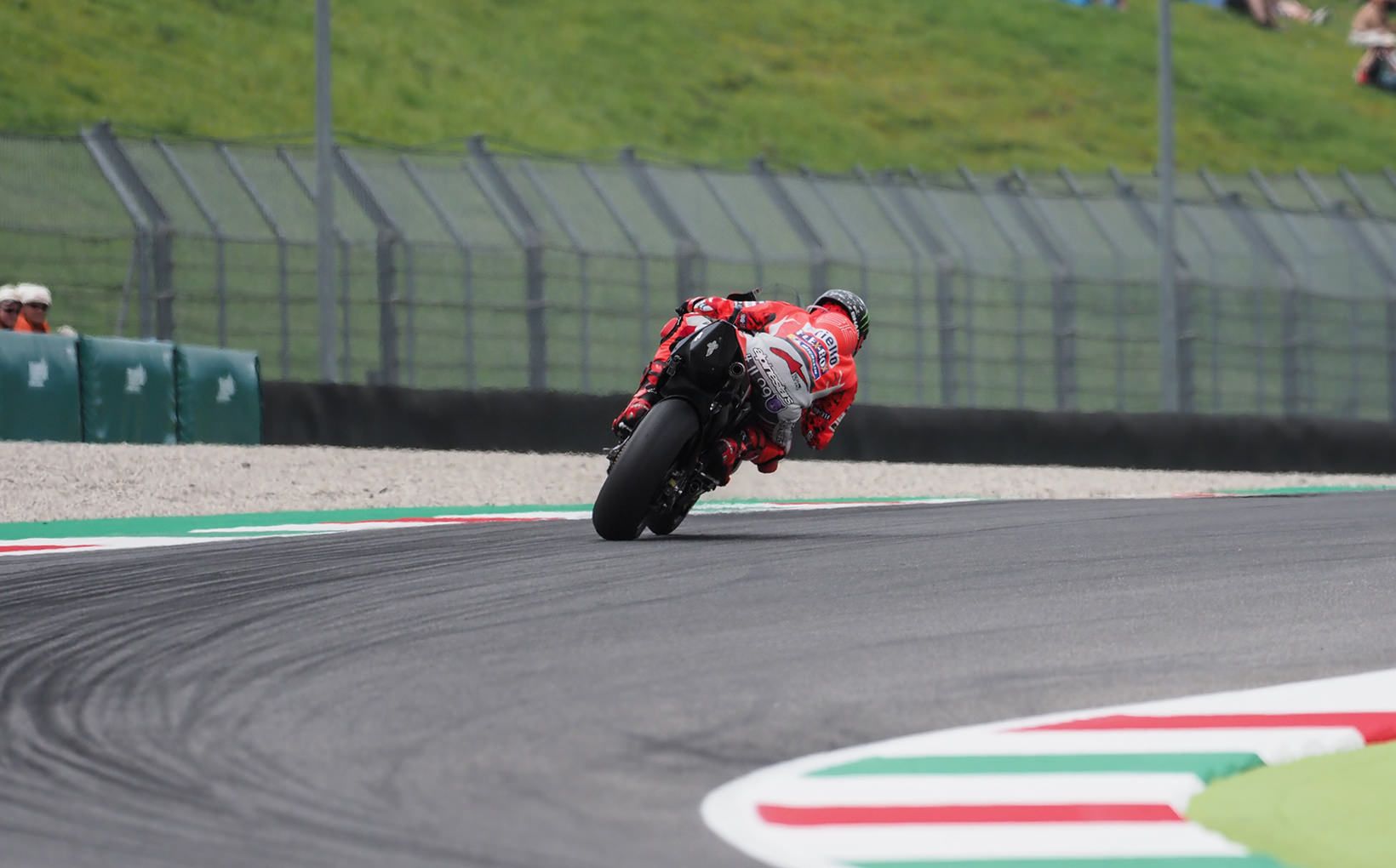 When you analyse Lorenzo, you see a man who is passionate, a rider that works more than others and someone who admires a challenge. His determination at Ducati has finally paid off and it came down to a simple change that took some time to integrate. His sincerity in the sport is to be admired as his honesty comes across sometimes very black and white. Lorenzo: “I hope that from now on, all the people that criticised me in that aspect believe more my words.” Belief, power and proudness all go hand in hand. As the fans went wild with flares and colour, the celebrations were loud and wonderful to watch. The chainsaws powered by the locals are a constant reminder of the event! In terms of these fans, there were 90,000 people enjoying the sights of Mugello on a crispy sunshine filled Sunday. The energy was electric, you could feel the hairs on your arms stand up and the sound of Rossi’s name being chanted across one side of the track to the other. Even though it was a tough race for riders like DesmoDovi and Rossi, they still put on a show of greatness. Those who gave up were dealt with a poor result and those that pushed till the end were greeted with hugs and smiles from their teams. Andrea Iannone never stopped charging at Rossi and the pinch of Maniac Joe was hard to avoid with Rossi riding on the limit even when the tyres were destroyed. Both Italian riders utilised the atmosphere of riding in Mugello as a form of encouragement and positivity. Rossi: “In the last few laps, you forget strategy. It’s all heart.” 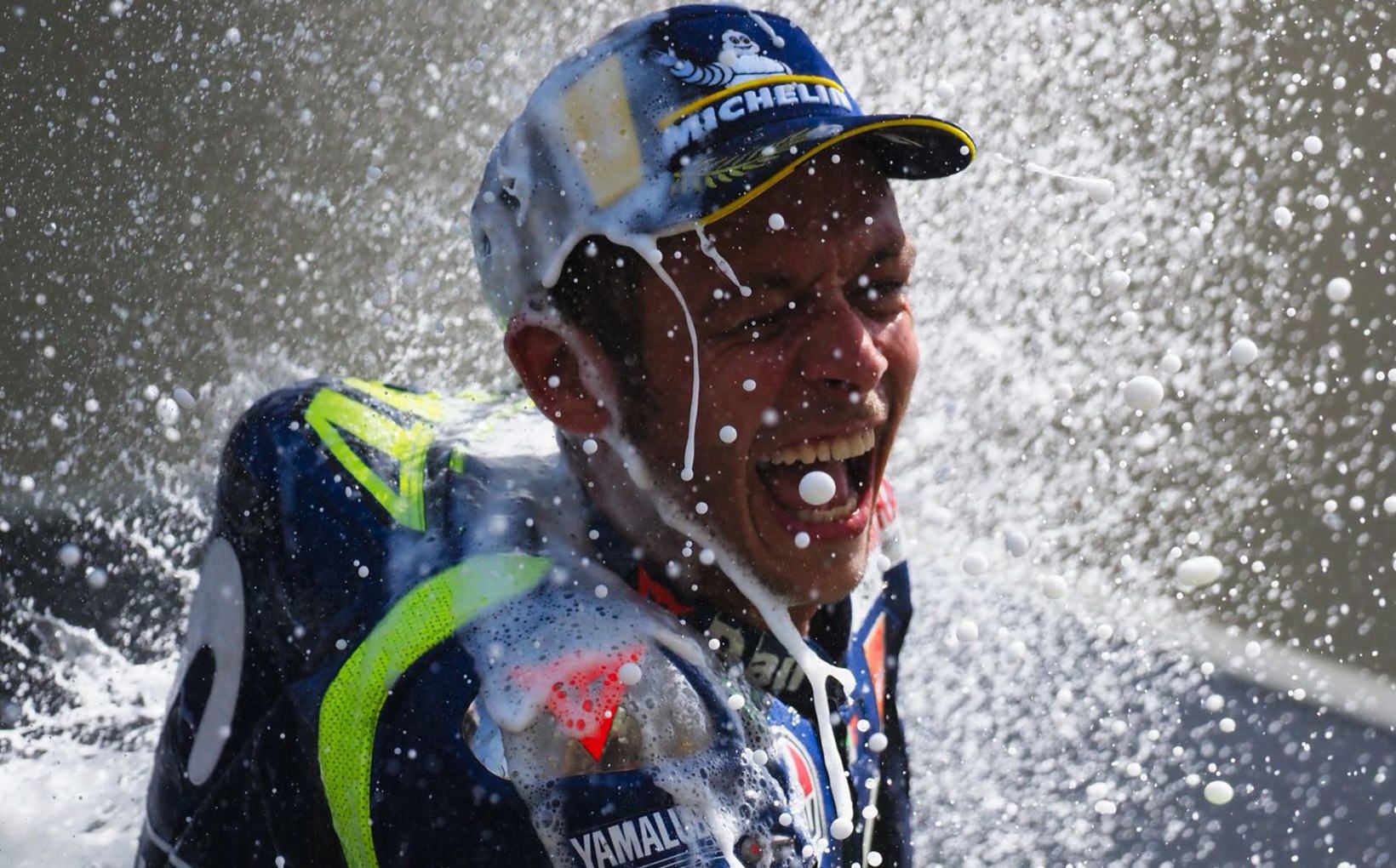 The big picture now is that the World Championship door has swung open after Marc Marquez crashed and lost 25 vital points. The advantage is still decent although what we have learned today is that anything can happen even when you are the best in the world. Marquez: “Today also demonstrates what I’ve been saying for a while: things this year are pretty tight, the season is long, and anything can happen. That said, we’ll keep working as usual at Montmelò, where we’ll go back to the usual tyre spec, and we’ll try and come back strong.” Mistakes are made, and riders are like us, they are human. Just like when Michele Pirro survived the horror crash during practice at the Mugello circuit where he was thrown in to the air from his Ducati MotoGP machine at 350km/h. It was a miracle that Pirro survived with only some internal injuries and a dislocated shoulder. Like bruises we get, he has them too and will do the recovery work to get back to 100% strength. Sometimes though they are superhuman when it comes to getting back on a bike even when it shocks your mentality to the core. We have to respect and admire the bravery of these competitors who do risk their lives race after race. Next up is Montmelò and we look forward to seeing how this story unfolds!