Jorge Lorenzo has been the talk of the town at the 2018 Mugello Grand Prix as his contract renewal process has everyone curious and excited to see how the bike will perform at the Italian event. Lorenzo is adamant that he can crack the code on the Ducati and win. The question this weekend will be if he has the arm and leg power to do so whilst remaining aware of his teammates desires to become a World Champion in contrast to his previous accomplishments. “I am not retiring” were the words that came out of Lorenzo’s mouth both loud and clear. The five time World Champion has revealed that he will be on board a bike for an additional two years, we do not know which manufacturer at this stage with speculation rife that it may be Suzuki, Yamaha or his current red outfit of Ducati. He may even go Honda. No one really knows. Cards will be dealt and deals finalised once Lorenzo makes his choice and seals the 2019 and 2020 seasons. “It will be with a good bike, that is all I can say about my future”. So we understand the terms and conditions have been agreed and timing is the key aspect. We feel that his future of winning is definitely going to return. A MotoGP paddock without Lorenzo would have been a disaster as he brings charm, chaos, celebrations and happiness to the sport.

In amongst the journey of arriving in Mugello, the riders are excited about the fans packing the hills and grandstands. The circuit is nice and also one of the most difficult to conquer at the same time. The temperatures have changed which means any previous positive feelings have to be assessed once practice and qualifying is completed. Marquez: “I feel good now with the bike but in 2014 I felt better, it was easier to ride in 2014.” However, it appears that Marquez made note that he feels good in all sorts of conditions rather than just one particular area. This is where a rider can excel because they are confident no matter what arises. Their mindset is one of strength and happiness. Consistency is always key and the Spanish rider is making that happen quite easily. On the other hand, Valentino Rossi is struggling with his season start. The Italian rider and hometown hero is feeling better physically than 2017 although the Yamaha machine is not entirely up to scratch. Rossi: “The track is fantastic, one of the best, and the atmosphere, especially on Sunday, is very special.” With Marquez running away with the title, Rossi knows that he has everything to gain and take calculated risks to catch up. 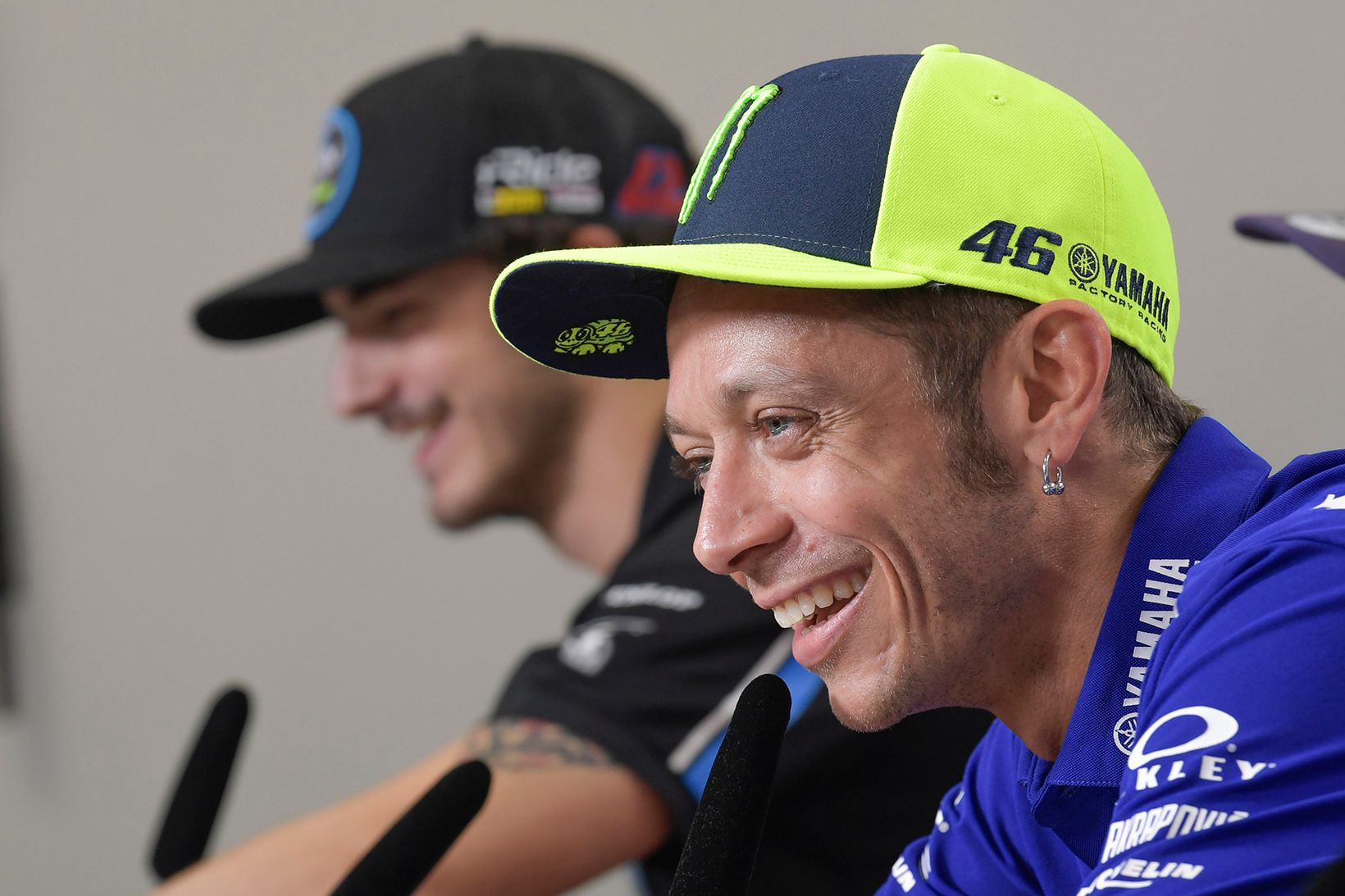 The independent manufactures are aiming high at Mugello and are wanting to continue shaking up the results. Jack Miller is one of those riders and he is fast. The Australian has really cemented his ability to ride the Ducati and be a top performer for the Alma Pramac Team. Miller: “I’m feeling pretty good and such a consistent run for me is quit a new feeling”. The one thing we said to Jack in the past was to keep upright and aim to bag as many points as possible. He is doing exactly that and it is wonderful to see. Miller: “It will be interesting, this bike won here last year so it’s sure not slow around here and we have to try and do our best!” He has not fear and it is amazing to watch trackside even when his future for 2019 is still up in the air. One thing we do know for sure is his fellow rival Andrea Iannone will no longer be with Team Suzuki Ecstar after 2018. The Italian made the announcement during the press event at Mugello with endless rumours of negotiations taking place with Joan Mir as the new rookie to take his seat. Iannone will not have many options left and we do hope to see him race as Maniac Joe is talented. One week from now we hope to hear news on his next deal. Iannone: “I will try my best from here until the end of the season and Suzuki will try and support me 100% until Valencia.” 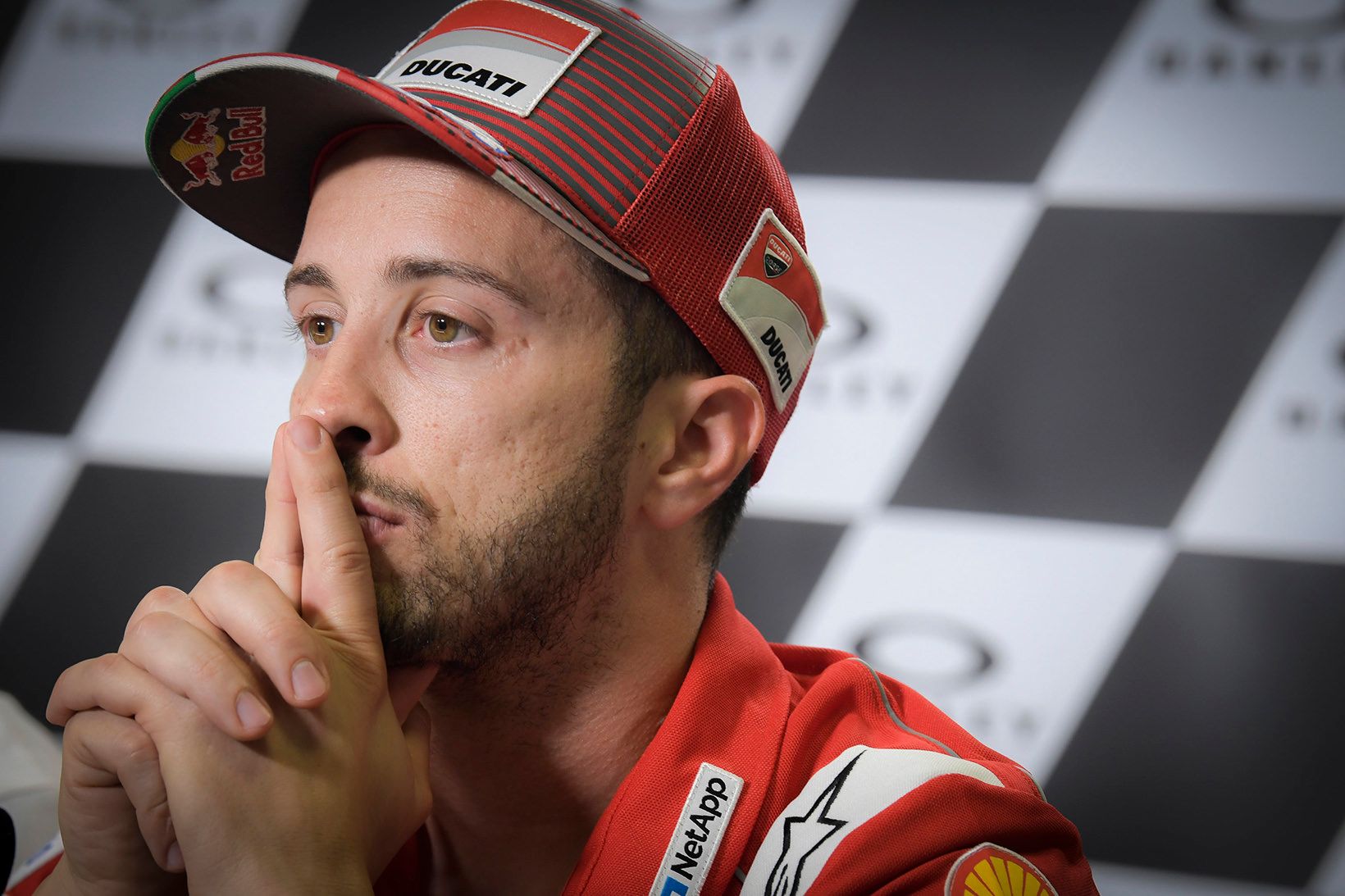 Finally, the man of the hour was Andrea Dovizioso. He needs to recover points and quickly! Dovizioso: “I was too relaxed because my speed was really good. I overtook Jorge because I wanted to be in front because Zarco was very aggressive. He had the speed and was maybe too excited to be in his home race! I put myself in the best position but made a mistake in the braking point, I wasn’t careful enough about the weight on the front and it was too much for the grip. It was a very small but bad mistake.” DesmoDovi is one of the most conscious riders on the Grand Prix circuit and it was a small error that will see him ride with total passion this weekend. He wants to achieve success on Italian soil once again and recover from this personal mistake of misfortune. We know that Dovi will reset and utilise his teams skills to gain momentum once again. He is a great character for the sport and one to watch this weekend in Tuscany. From one Andrea to the next, we look forward to witnessing a showdown between nations! In MotoGP, you never really know who is going to win and that is the best part about the sport. It leaves you guessing and wanting more.