The 2018 Japanese Grand Prix concluded with Marc Marquez winning the race and World Championship after a hard-fought battle with Andrea Dovizioso and Cal Crutchlow. It was a dramatic finish with DesmoDovi crashing out and allowing Marquez to seal the deal. Magnificent 7. The qualifying advantage that the Ducati rider achieved did not work like a treat. In fact, it was tough for the Italian rider to get away at the front and both Honda riders did everything in their power to rattle the Dovi train and it worked. The race went exactly as Marquez had planned and imagined. Special is one way to describe the MotoGP legend and team player. 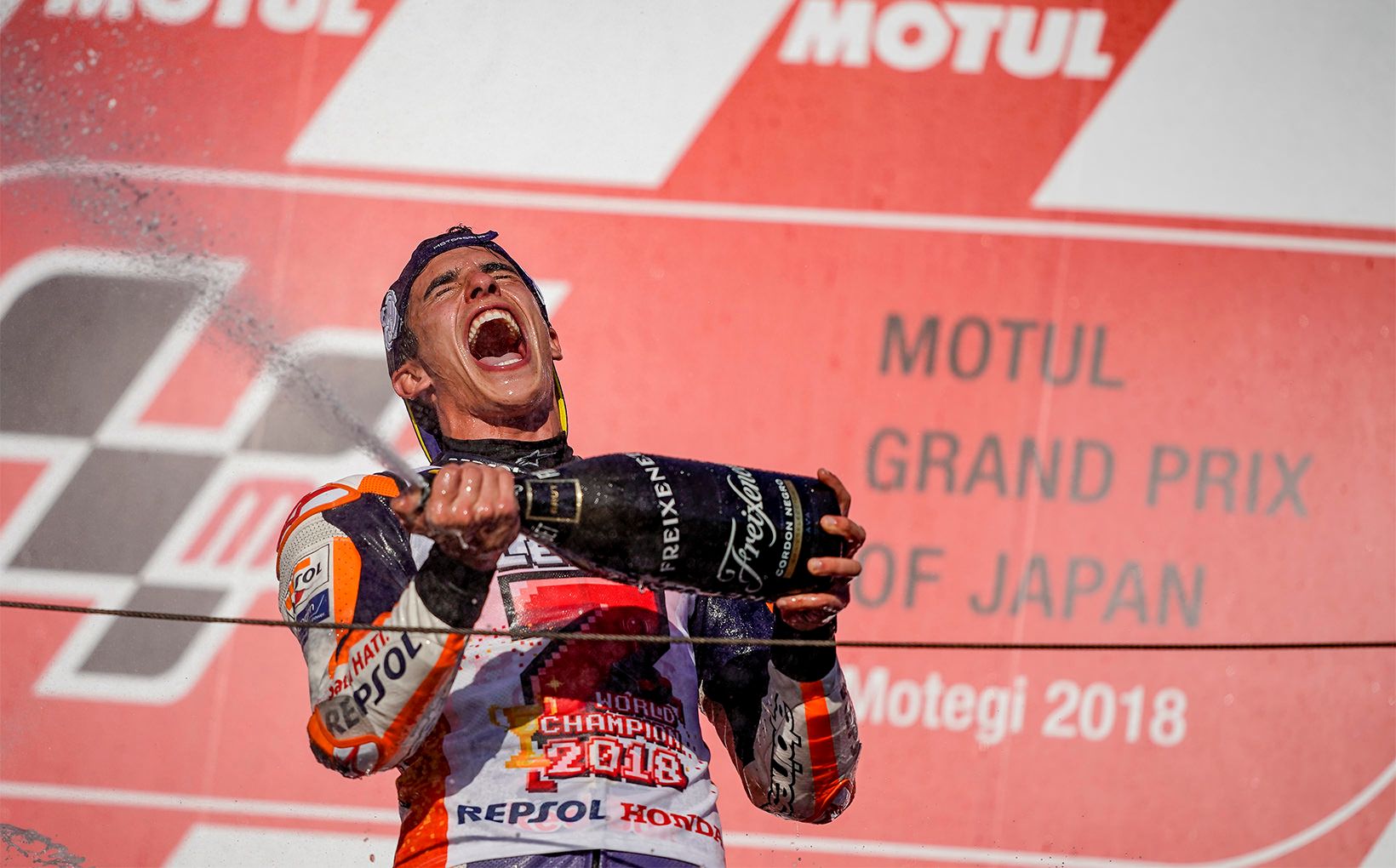 Marquez: “I feel really, really good. I would say it’s a dream came true, or better, that I’m living a dream. It’s something so special, here together with my team, all the Honda and HRC people, my family and my staff. It has been a great season, and ever since Aragon I’ve been tasting, imagining this title, because it was very close. Then I realized that this wasn’t my style, and I needed extra motivation, so I set the goal of trying to achieve it with my first match ball—in Motegi, by winning the race. This circuit was a challenging one to manage that, but it seems like when I’m under pressure, I feel better on the bike! 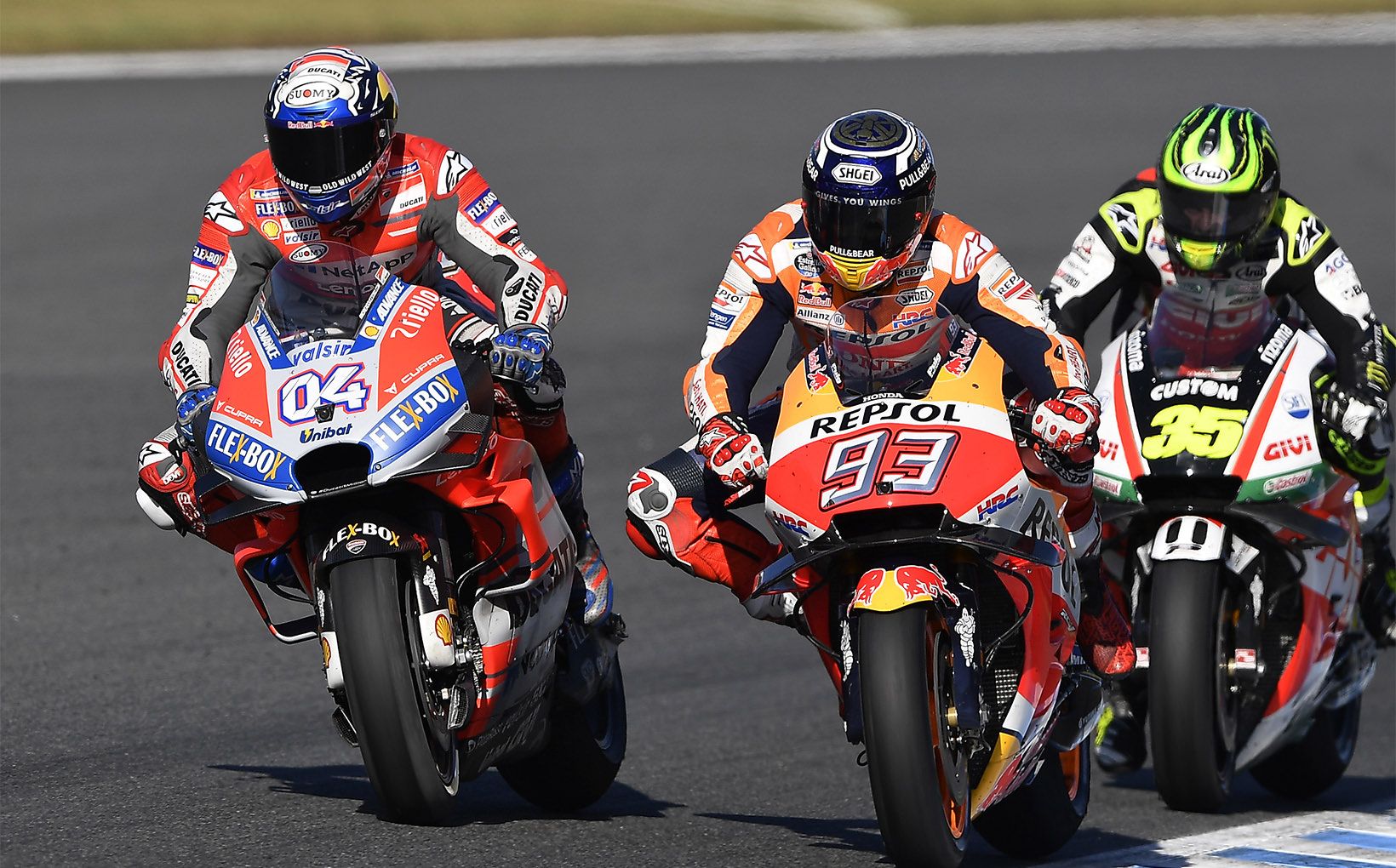 It was an unlucky race for Andrea Dovizioso. Small mistakes can have large impacts and this time it cost Dovi a chance at pushing the title to Australia, Malaysia or Valencia. No doubt, the leading Ducati rider will take a look back and analyse his choices made during the Japanese Grand Prix. Dovizioso: “I’m obviously pretty disappointed because we wanted to win this race at all costs, but all in all it has been a positive weekend because we were very quick and we confirmed our competitiveness. Even though we did a good race we were unable to make the difference against Marquez, and so I want to congratulate him because also this year he deserved to win the championship. Pity about the crash: I didn’t overdo it but simply tried to prepare for the exit of the turn in the best possible way in order to attack him and I made a small mistake that cost me dearly.” 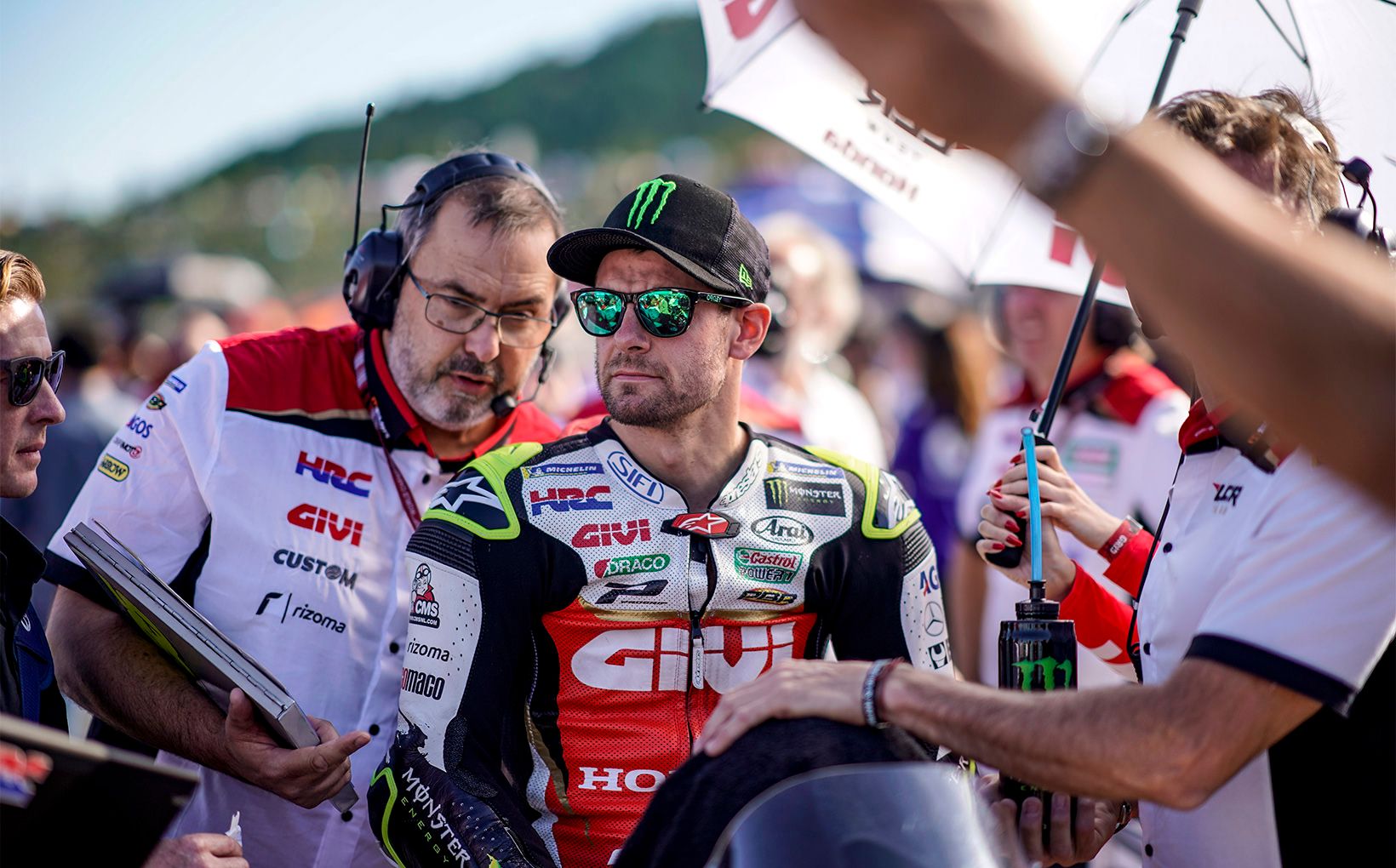 Funnily enough, Marc ended up with a dislocated shoulder courtesy of a celebration shoulder tap by Scott Redding. When he was laying on the ground, the team was working their magic to ensure his shoulder was put back in place. What a legend! He will need to stay fit and not overwork himself on the dance floor during celebratory drinks. In comparison, Crutchlow had his fingers crossed that Dovi and Marquez would battle to a point that would allow him to take charge at the front. Unfortunately, the win did not go his way. A second-place finish for Crutchlow is excellent considering the pressure from the sidelines as it was a home race for HRC. The Honda factory will be overjoyed with the results and look to continue the results in Australia. Crutchlow: “Everyone saw it was a good battle today. We’re pleased with the result at Honda’s home race and the Team’s done a fantastic job. The problem we had was that Dovi (Andrea Dovizioso) kept slowing down the pace so it allowed the people behind to catch up, but I think we did a great job managing the situation”. “I was struggling a little bit on the left hand side with the rear grip so I was trying to save the tyre for the end of the race and keep (Alex) Rins at bay, that’s all I needed to do. Then Dovi crashed and I took second place so in the end I was very pleased. At the moment we’re riding very, very well, we’ve had some good results lately and now we head to Phillip Island in good spirits.” 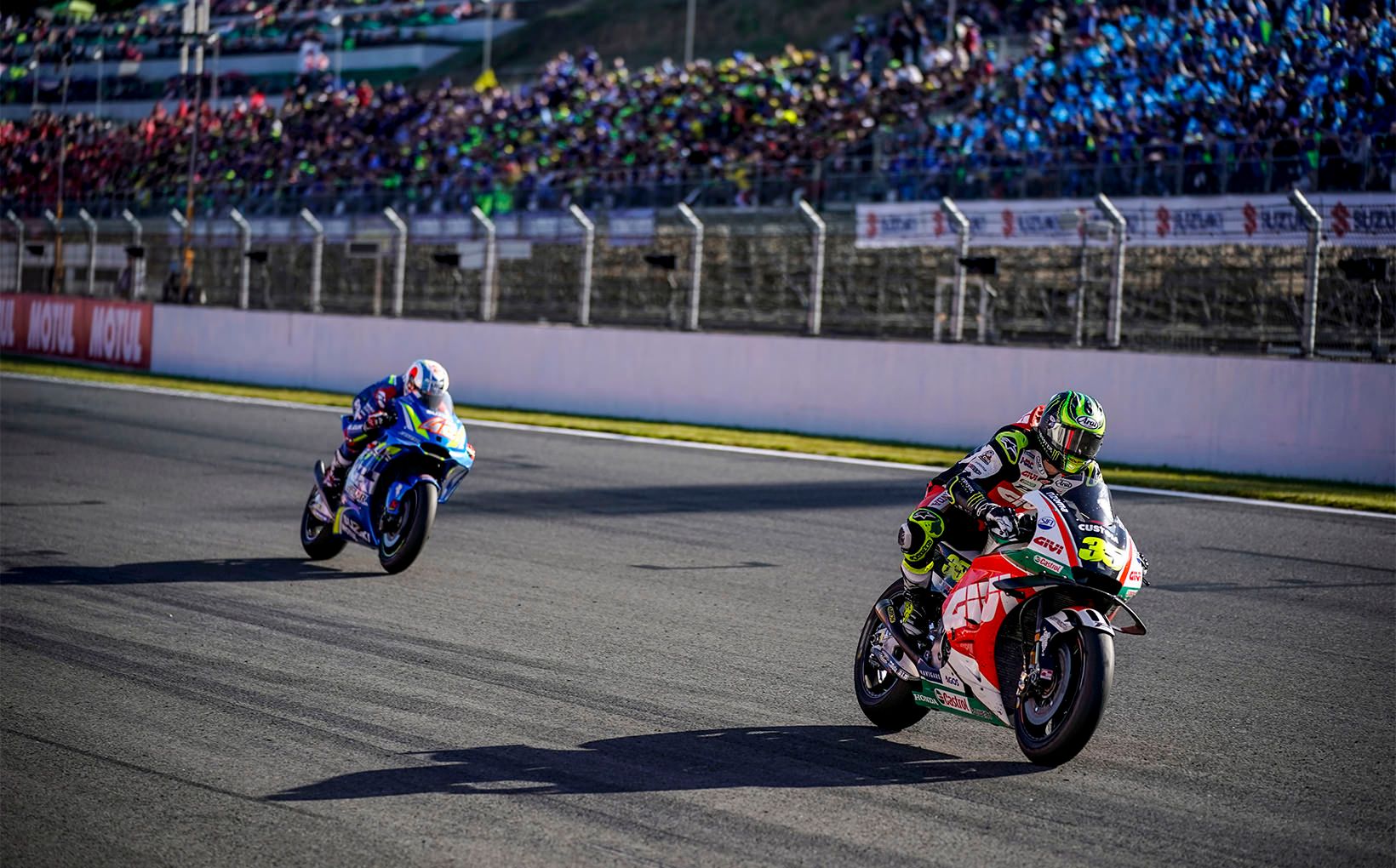 Unfortunately, Ducati rider Jorge Lorenzo is heading back to Europe for rest and recovery. Lorenzo has been experiencing pain in his wrist since the Thai Grand Prix and is aiming to race at Sepang. As a result, Alvaro Bautista will take his place in the factory team at Phillip Island. Now that the World Championship has concluded, the pressure is off for most of the riders. If anything, the relaxed approach will allow certain riders to improve and probably boost their results. The 2018 season has been memorable with incredible achievements, records broken, injuries throwing a spanner in the works, rivalry teammates and certain manufacturers baffled by their performance. The next circuit, Phillip Island, is a calendar favourite and one the riders are already hanging out to tear up!