The first Thailand MotoGP was a success and featured Marc Marquez shaking champagne with a gigantic smile as he beat Andrea Dovizioso and Maverick Vinales to the line. The discussions prior to the event starting were that the Buriram circuit would favour the Ducati machines, however, the battles were even across the field: Honda, Ducati and Yamaha. It was a true test of courage and physicality with Scott Redding being sick inside his helmet in the closing stages and Jack Miller burning parts of his lower legs due to the heat of his bike. It was a solid showing from the fans on race day with 100,000 people filling the grandstands and surrounding areas of the track. They were certainly treated to an absolute delight between Marquez, Dovizioso, Vinales and Valentino Rossi. 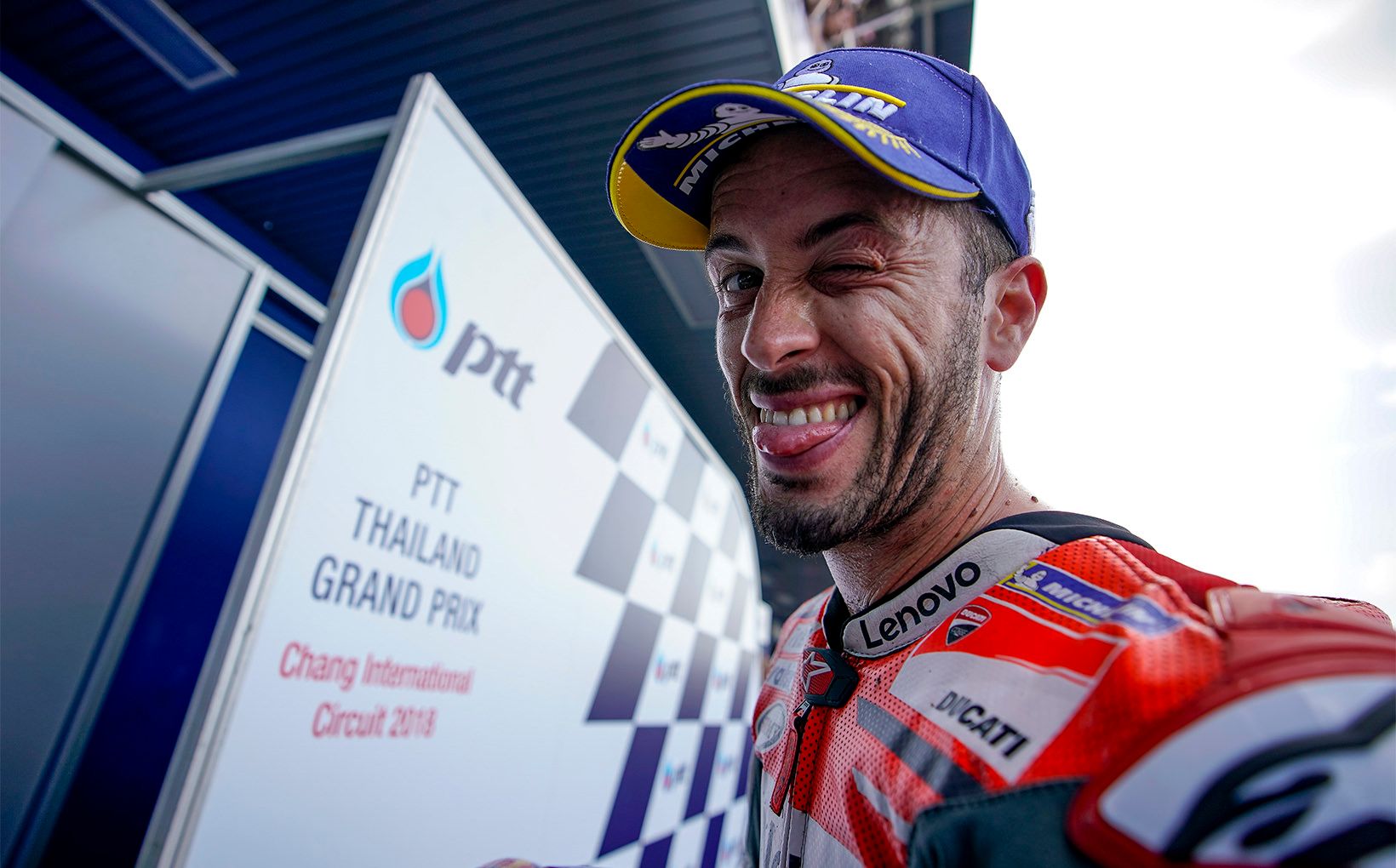 In analysing the event, Marquez pushed to the limits once again and showcased why he is the title leader over anyone else. We have to shout out massive respect to Jorge Lorenzo for continuing to show support even when he had to withdraw from the Thai event after a major high side, which caused further bruising and pain. Lorenzo suffered a technical failure that sent him skyrocketing in to the air. He was very lucky and the team reassuring everyone that it would never happen again. Lorenzo will regain focus in order to be healed and ready for Japan. His teammate DesmoDovi is trying everything he can to stay within a fingertip of the title. At present, Marquez could be World Champion at the Japanese race. Dovi would need to pull a rabbit out of a hat to stay within contention. It will be a difficult task as Marquez is picture perfect in every way possible. 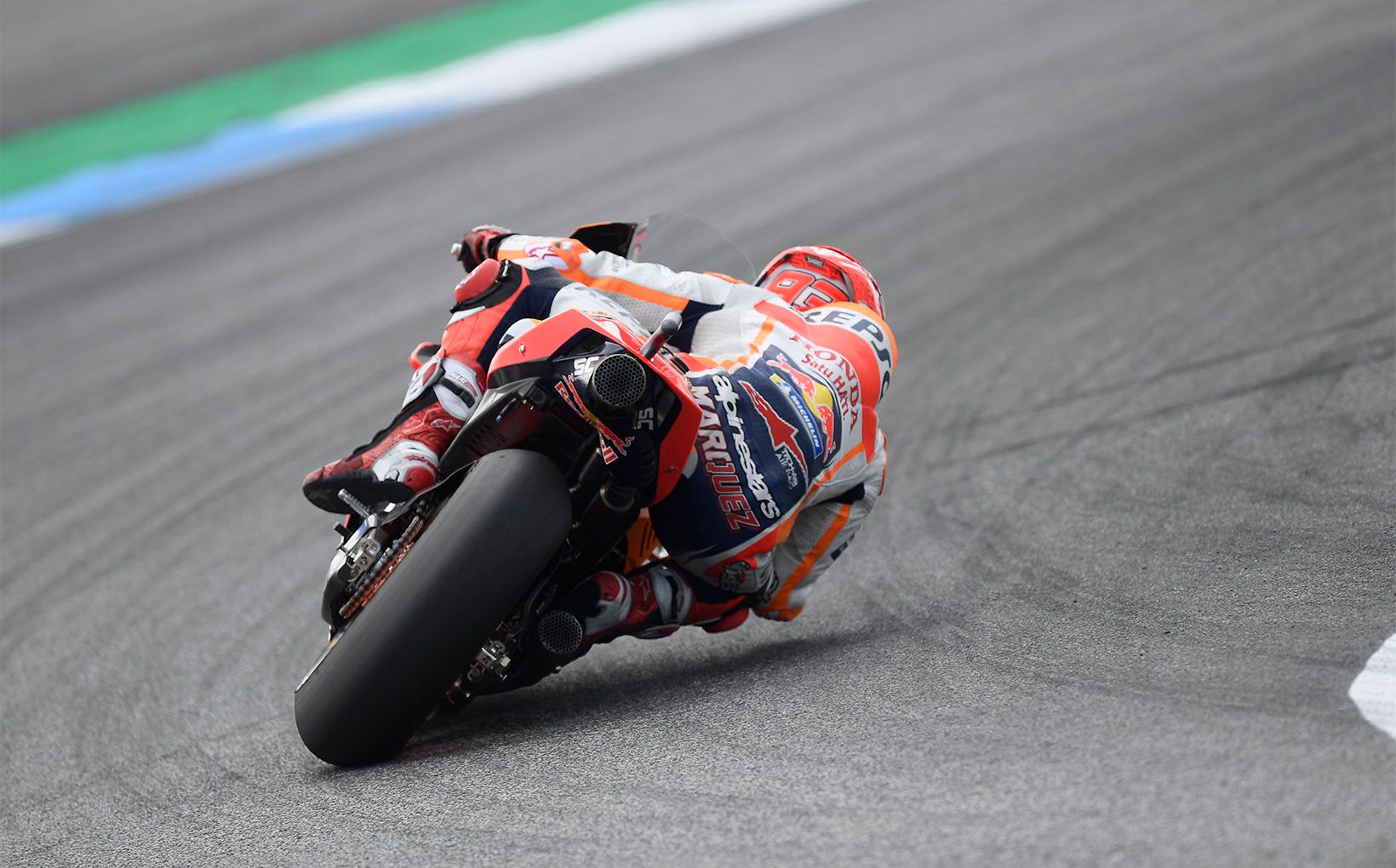 In turning to the Yamaha drought of wins, they were closer in Thailand than previous events though struggled in the last ten laps of the race. Fans around the world thought Rossi was a chance at winning until his performance dipped quite considerably. Vinales filled that gap with five laps to go however pushed too hard and burnt up his rubber. Both Yamaha riders looked more confident although a win was out of the question after half race distance. The winless streak continues and the faces inside the garage are reflective of the pressure that sits on their shoulders. All eyes are on the Japanese manufacturer. The Spanish Yamaha rider at times in 2018 has felt alone and wanted more support. It has been a real mental challenge for the teammate of Rossi who has more experience in the ups and downs of motorsport. Vinales is capable of winning and knows that confidence; being calm and self-belief are vital if he wants to stay at the top. The result in Thailand was a good step forward and is certainly removing some stress before arriving in Japan. 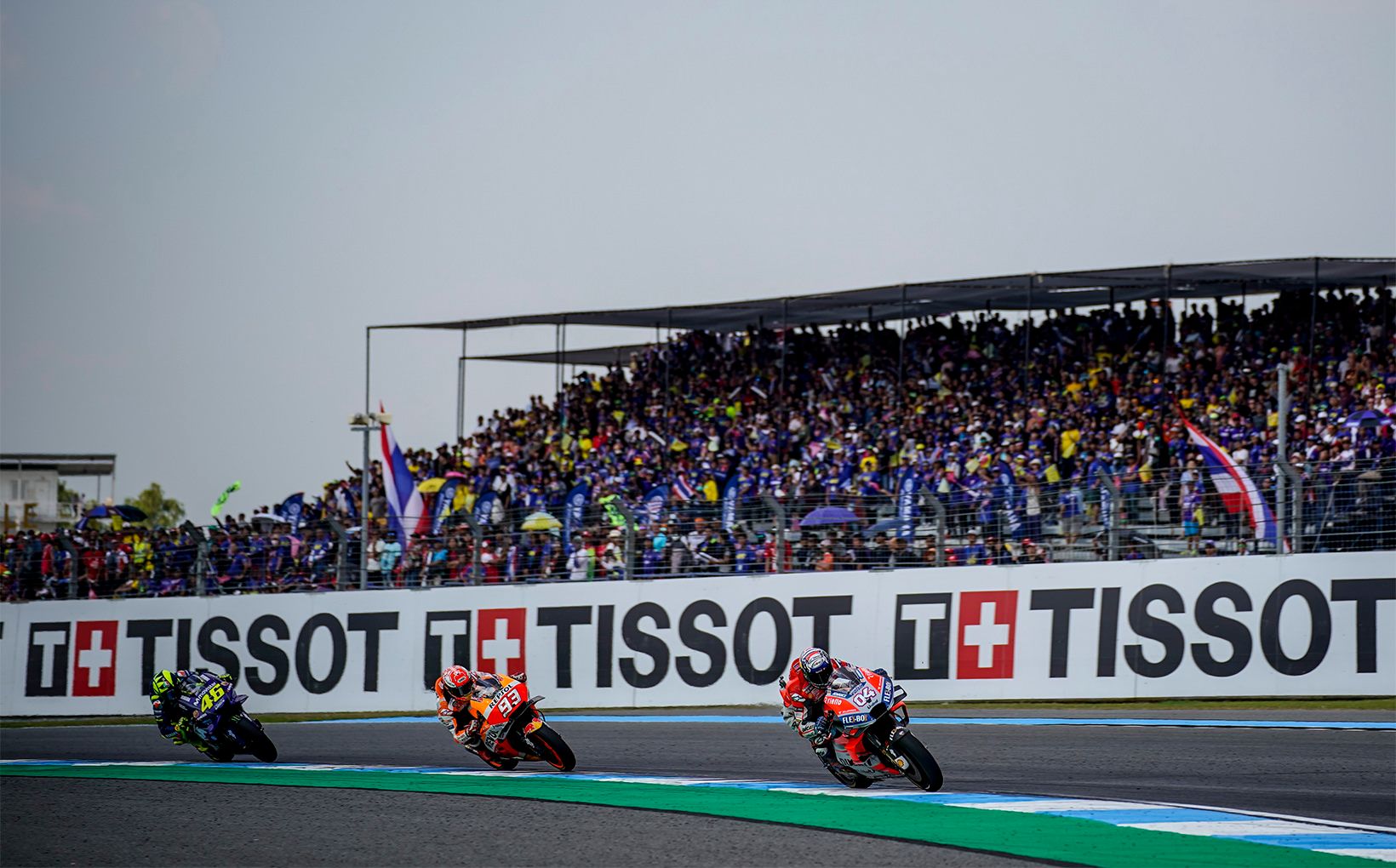 Overall, the king of the MotoGP circuit Marc Marquez wanted to beat Dovi so bad that he utilised elements of his style to win. The Spanish Master knew the technique of the Italian rider going in to the last corner and chose to shake things up which worked beautifully. With seven wins this season, Marquez is now on level with Jorge Lorenzo on 68 Grand Prix wins. Marquez: “I wasn’t so confident going into the final lap because I’ve lost many head-to-head finishes with him in the past. But this time, we swapped roles—I used Dovi’s style and Dovi used Marquez’s style!—and that worked to overtake him on the corner exit. It was a great feeling to race in front of all the Thai fans, who cheered and supported all of us riders equally, really enjoying the sport and making me feel good over the whole weekend.” The major difference in this battle was knowing the strengths and weaknesses of your rivals. Marquez knows Dovi’s very well and it was the reverse for the Italian rider. Dovi: “I’m very happy with this second place, even though I lost out on the win right at the final corner. Unfortunately, I didn’t have much idea about Marquez’s strengths and weaknesses because I was almost always in the lead: I tried to counter his pass at Turn 5 but lost a bit of ground and even though I still managed to make up some at the final corner, I wasn’t close enough to pass him.” With Japan next up, a home circuit for Honda and Yamaha, the intensity is sure to continue and celebrations of a World Championship more than likely to occur.