The 2018 Aragon Grand Prix was full of thrills and spills. The World Championship leader Marc Marquez did a superb job riding aggressively and at the same time carefully in order to extend his title lead with fellow rival Jorge Lorenzo being ejected from his seat on the first corner! It was a big high side which has left him feeling angry, disappointed and sore. The Spanish rider did not get to show off his race pace, is now in a full leg cast for ten days and will look to regroup for the race in Thailand. His injuries are a dislocated toe and another one that is broken. Lorenzo: “I’m really disappointed and very angry about what happened today, because I was sure I could have done a great race and fought for the win. I got a good start, but the line followed by Marquez, who braked late into the first corner, forced me to go wide and he blocked my line. To avoid being passed by the other riders I accelerated on the dirt, the rear of the bike spun away from me and I crashed. I think that Marc is not new to this sort of action: he doesn’t care about other riders and he knows it all too well. I don’t intend to speak with Race Direction and I only hope that this type of thing doesn’t happen again in the future. Now we have to see how long it will take to recover, because I’ve got a dislocated toe and another one broken, and I only hope I can be ready for Thailand. It’s a real pity to go away from Aragon with another zero and with an injury as well. I’m very sad and disappointed.” 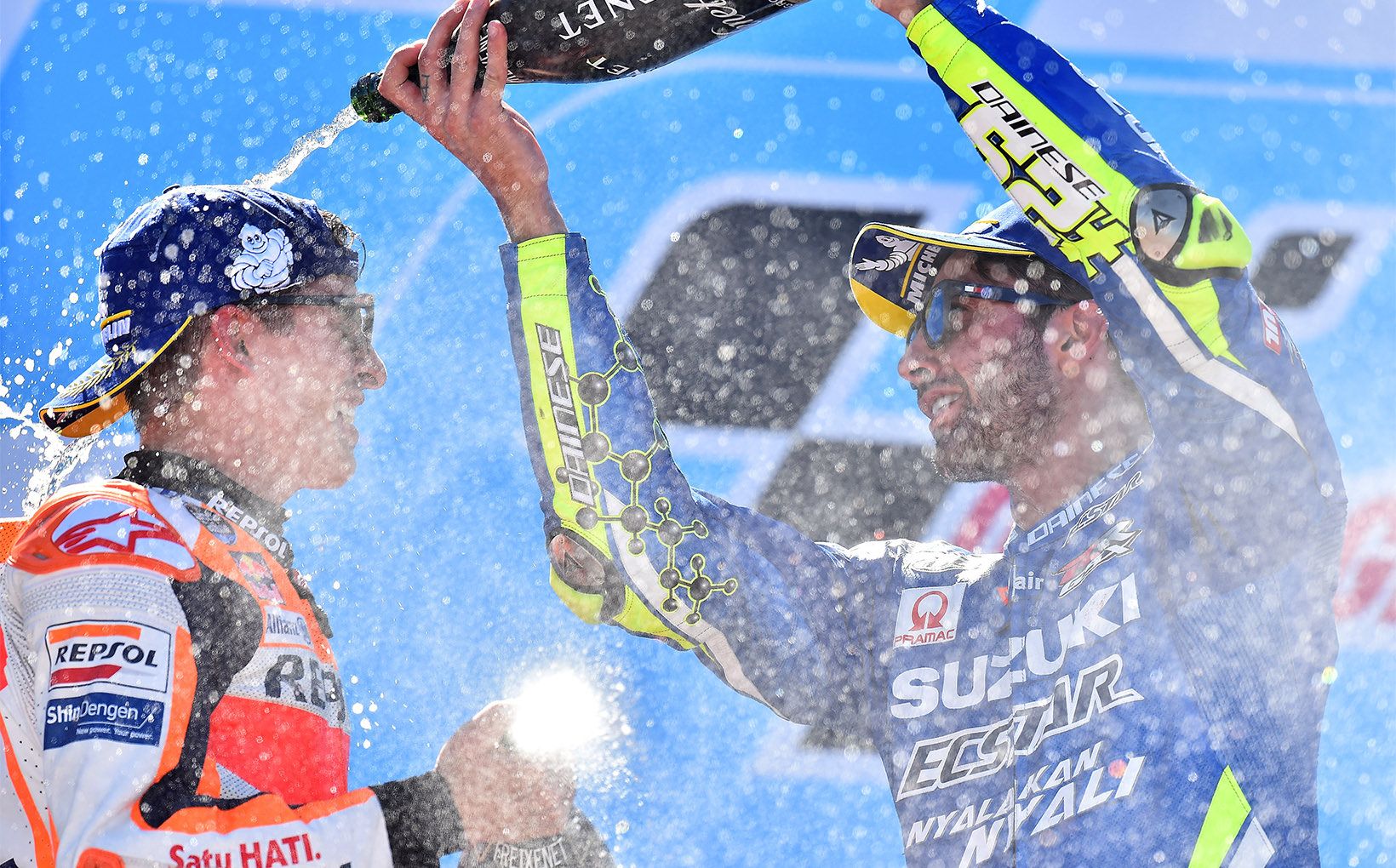 In terms of who wanted the victory more, we feel that Marquez was doing everything in his power to win regardless of the risks involved. Andrea Dovizioso lead for a considerable amount of time though had nothing left to charge at Marquez. He is a force to be reckoned with and could seriously wrap up the title in Thailand if everything goes his way. 2018 is a MM93 season and no one can stop him from raising the trophy up. Not even Valentino Rossi. Marquez: “I woke up this morning with the idea that today I could take a risk. I hadn’t felt totally at ease during the weekend with the hard rear spec tyre so, after the warm-up, I said to my team that I wanted to use the soft rear. That started many meetings and discussions but in the end I won the race because I could convince my box to take that gamble! In the end, it was the correct choice. Anyway, now more than ever it’s the moment to keep calm and manage well the race weekends because I want to win the Championship and to do that you must remain fully concentrated.” 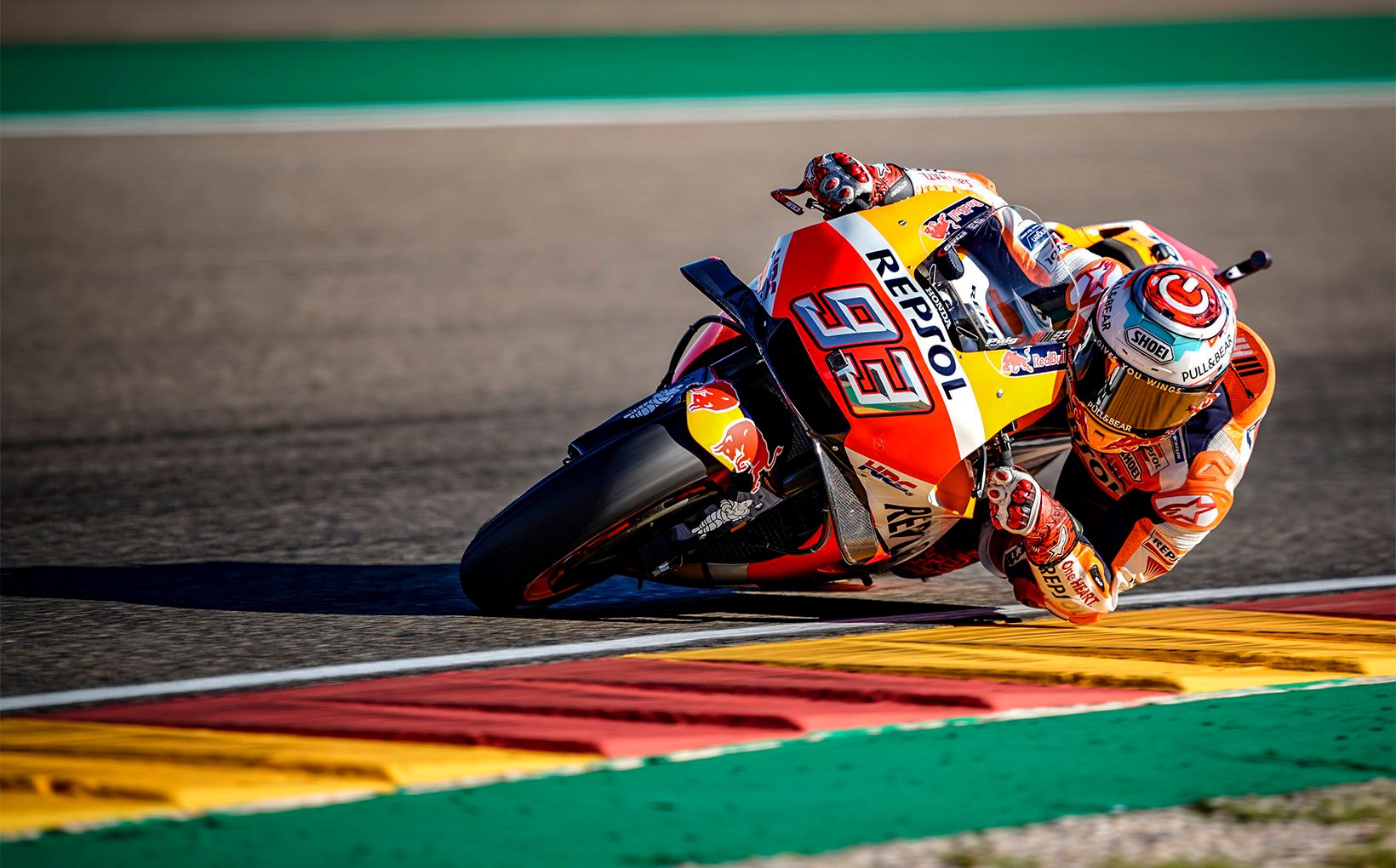 In contrast, the Yamaha riders of Rossi and Maverick Vinales continue to struggle beyond comprehension. They are in a flat spin and could potentially go a season where they fail to win a race. The Italian Doctor is feeling the pressure and their technical situation is not good considering they are doing everything possible just to be inside the top ten. When you assess the situation, you can see two world class riders limited by their Yamaha machines and the quick fix solution not available. The Japanese manufacturer is creating a new record: how long can they go before they win again? Rossi has his fingers crossed that the lack of performance will send shockwaves through the Yamaha garage, factory and straight up to the top in order to make changes fast. He wants reaction, progress and for the team to understand how poor the results are when you compare their bike to Ducati and Honda. In addition to Rossi and Vinales is Johann Zarco who is also failing to reach the top of the pecking order. In qualifying, Rossi cruised around and re-entered his garage. It was a disaster to see! Ducati and Honda are able to go faster and Yamaha not so much. The rear tyre is causing them all kinds of issues, the bike doesn’t preserve maximum grip and they ruin their tyres too quickly. Chassis, engine, electronics… everyone is asking the same question: how does a bike that is so Championship worthy end up underperforming? Remember when Marquez complained about his engine power and Honda worked tirelessly to create a bike that is strong at all circuits. We think a similar methodology is required in order to combat their ongoing issues. If something is not done soon, Yamaha’s 2018 season could be rendered a complete disaster even with the positives of Rossi and Vinales podium positions.