One of the greatest races of all time is here! The riders and teams have made themselves welcome at MotorLand. Turn 10 has been renamed Marquez corner and the multiple World Champion is feeling excited about the head to head battle with Ducati and Yamaha. Aragon has always been known as Marquez turf, the territory where you have to put your body and bike on the line to beat the Spanish ant. The corner monument is made out of stone and represents the circuit in many ways: hard battles, crashes that we never thought would take place, risk, reward and happiness. Of course, it had to be a left hand corner as these are Marquez’s favourite. We must say that Aragon is a superb event to attend with fans decked out in their favourite rider colours and to journey to an event where passion is the key word. 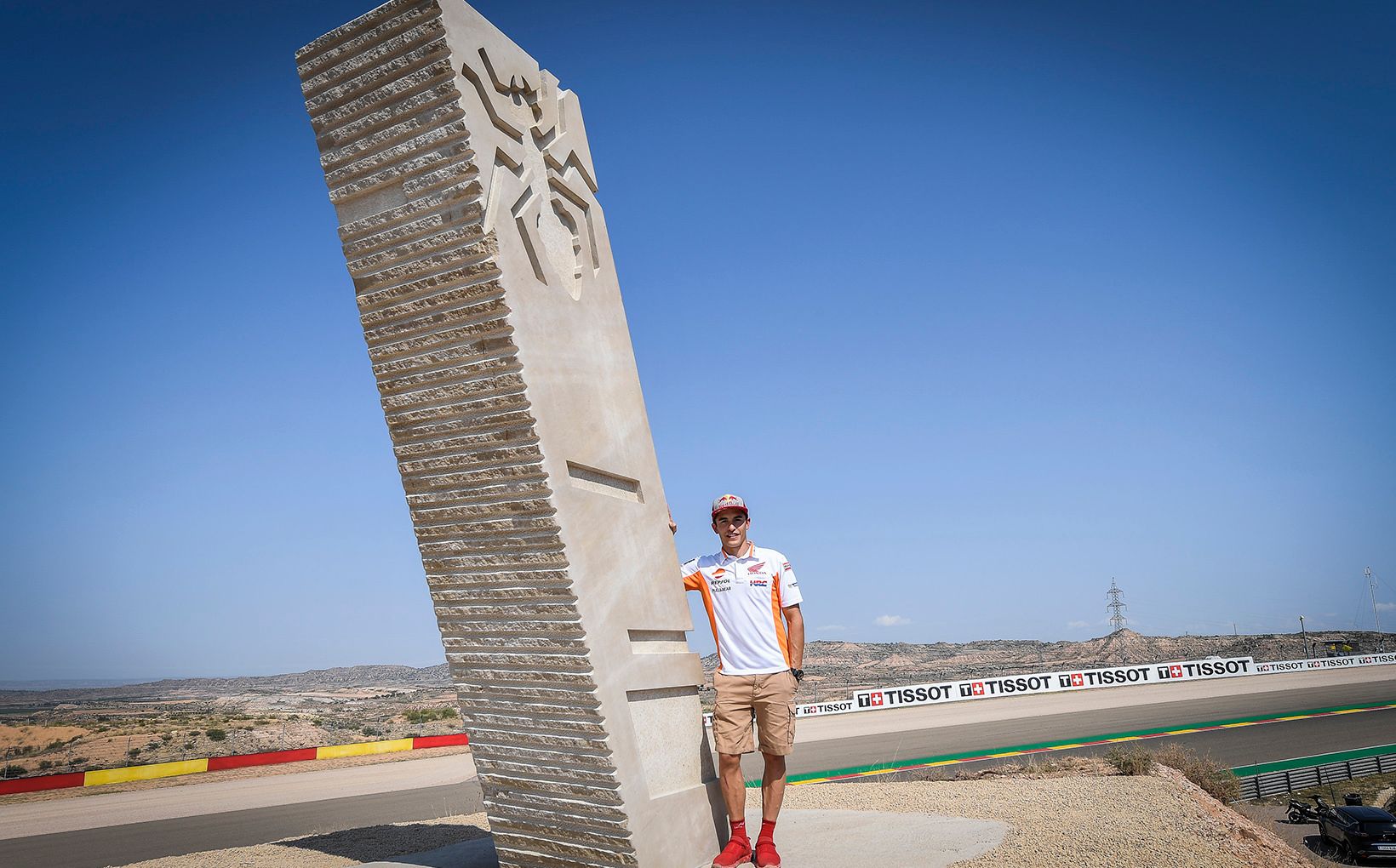 As we analyse the weekend to come, the Championship title is well in the grasp of the Repsol Honda rider with Andrea Dovizioso, Jorge Lorenzo and Valentino Rossi attempting to shake things up. Aragon is a circuit where all three riders do excel, so it will be intriguing to see how it plays out. Marquez: “Time to focus as it is a home grand prix and I love the circuit”. If you lose or lack concentration, victory can be lost, points reduced and smiles wiped off the face. It is a battle between racing with your heart and head. Marquez: “We are having a great season so far but we need to continue like this and not be nervous or crash. Must stay calm and try to keep the same style. I would like to win on Sunday like every Sunday but if it’s not possible we need to finish on the podium.” You have to respect the ability of Marquez to know when to push and hold back in order to bag another title. 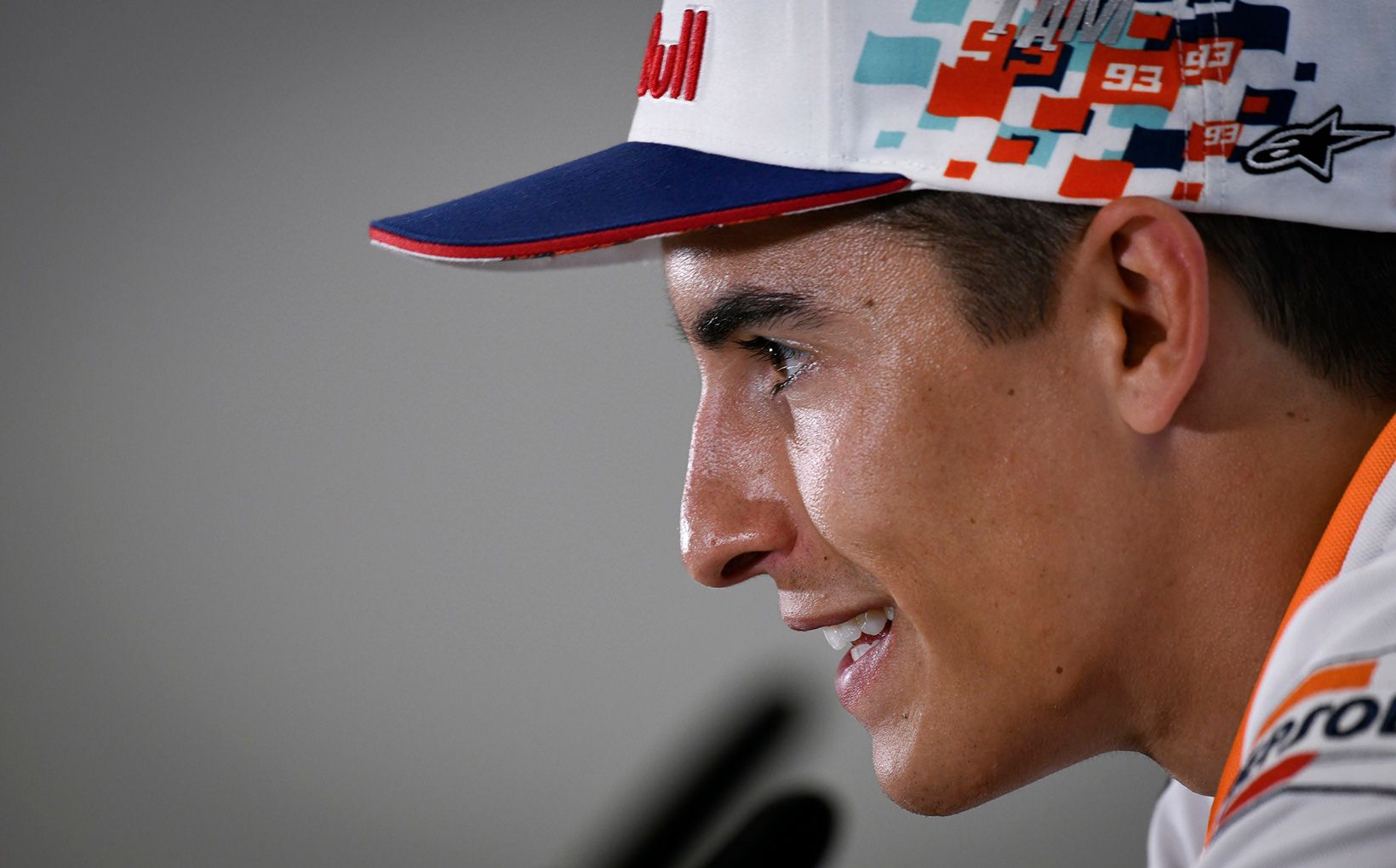 In contrast, Andrea Dovizioso has regained confidence and looks strong. A couple of races ago, DesmoDovi acted like a sourpuss because things were not going his way. Winning Mugello was the reset button on attitude and composure. He is confident in a good way, not a cocky way. Tyre consumption will be a key factor in how the Ducati performs against Honda and Yamaha. The Italian rider is very aware of being smooth in order to preserve rubber and not make silly mistakes. Dovi: “We are focused on improving our problems and the consequences is good results”. The hard work within the garage, with Lorenzo by their side and staying optimistic has sent shockwaves through the paddock. The red beast is hard to beat! With that said, Dovi still wants to beat his teammate and Rossi regardless of what happens at the front. It will be difficult. 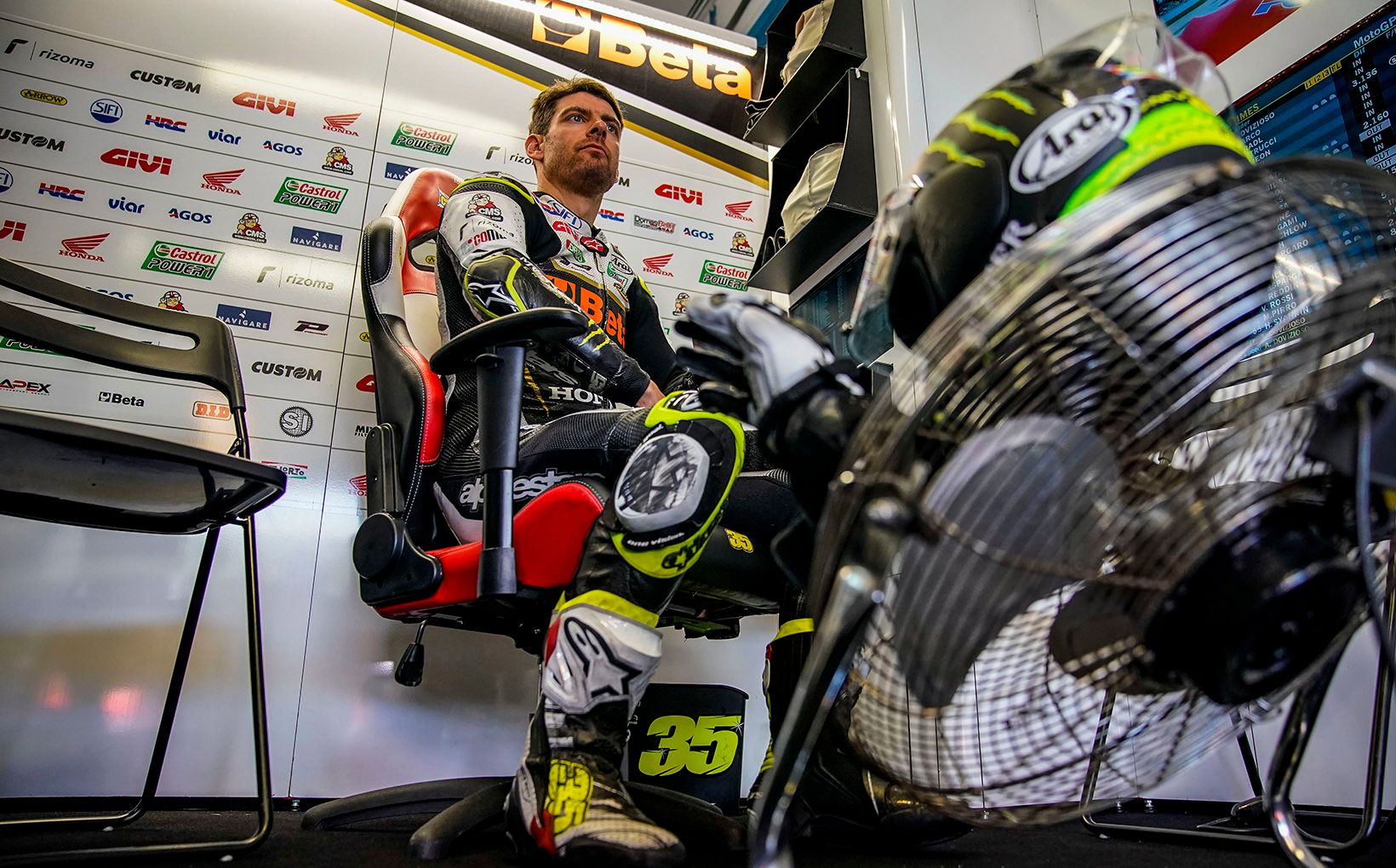 Funny man Cal Crutchlow expressed his gratitude towards his team and the work they have put in. However, there were missed opportunities and Crutchlow is fully aware of those podium chances that came and went. Bad decisions… some say… the British rider agrees. Crutchlow: “We need to try and get faster. When Marc won 10 in a row, I am sure he still wanted to go faster.” If you lack speed, feel like a sitting duck, you end up in a negative space and it is twice as difficult to recover. We really like the attitude of Crutchlow in 2018, being a joker, working to his core to bring home top results and more relaxed in his approach. He even has nicknames for people in the paddock including Dovi known as mushroom for his previous hairdo’s, Alex Rins known as wig because it looks like he is wearing a wig and Marquez as a cat because he always lands on his feet. We wish LCR Honda and Crutchlow a superb weekend of hard fought battles and excitement.

Finally, Jorge Lorenzo looks to recover after crashing out in Misano from second place to finish seventeenth. The Spanish rider is passionate and fiery at times though very strong at Aragon. He is fully aware of Marquez loving the left hand corners and at the same time knows the bike he is on for 2018 is fast, positive and competitive. There are definitely more chances to fight for victory at this circuit even though Honda improved their engine. For sure, there are three chances at minimum of victory across Lorenzo, Marquez and Dovi. As we know in MotoGP, anything can happen so do not count out Crutchlow, Rossi or Maverick Vinales. Heck, even a wild bet could see someone like Miller, Petrucci or Pedrosa come from the middle of the pack to charge for victory. We will have to wait and see! In the meantime, tune in for practice and qualifying before Sunday’s race.